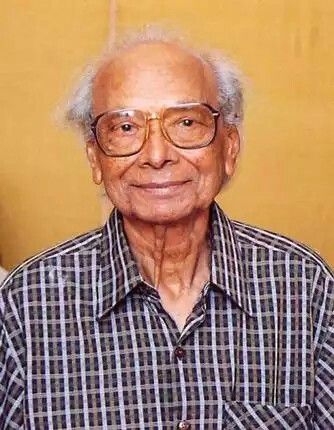 Posted By: Sansar Swapnilon: December 25, 2022In: Film Music SansarNo Comments
Print Email
By-Q. Leo Rahman.Regarded as a pioneer of Indian music, Naushad Ali was one of the one of the first and foremost composers in the history of Bollywood. Since 1937, he was composing music for films that, along with his music, formed the very foundation and core of Bollywood. He is also known for introducing the legendary singers Lata Mangeshkar andMohammad Rafi to the world and transfiguring them into the icons they are today. While he did less than a hundred films during his lifetime, 26 of those films went on to celebrate jubilees, some of them making golden and even diamond jubilees! He was born on December 25, 1919, in the city of Lucknow. From early childhood, he was an avid film buff, listening to the live orchestras that accompanied silent films back then. He studied classical Indian music under renowned musicians like Ustad Ghurbat Ali, Ustad Yusuf Ali, and Ustad Babban Saheb, and began composing music for amateur theatrical groups like the Windsor Music Entertainers. He also spent much of his time repairing harmoniums.