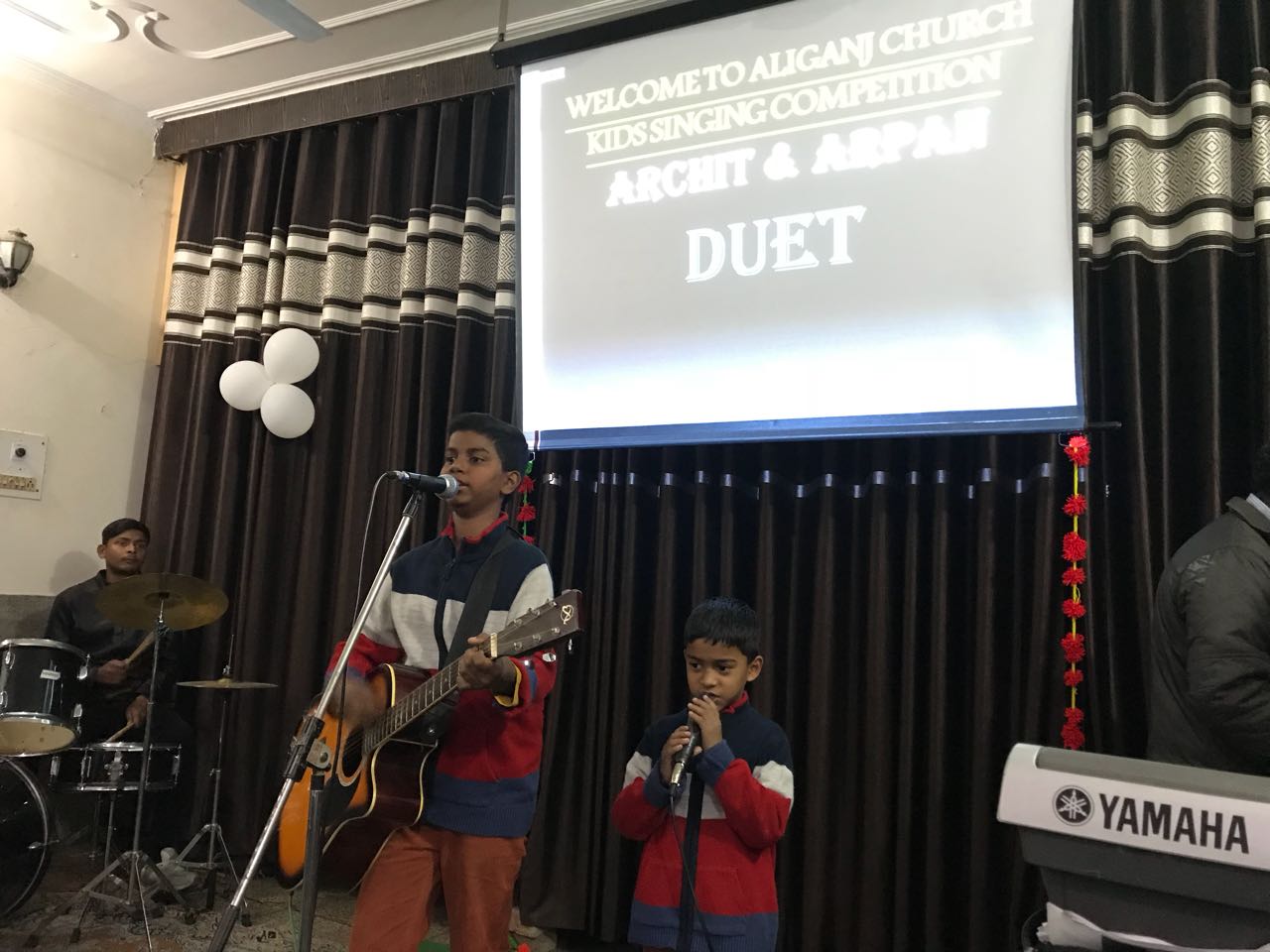 The competition was started by a Prayer led by Pastor Anurag Daniel after which every participant was welcomed and was told about the birth of Lord Jesus Christ and also the rules of the competition.
Sister Amisha and Alisha presented the bouquet to both Pastor Anil David and Mr David who were the Judges, after the competition children were shown a video which taught about Joy of Giving.

Last but not the least a biblical quiz was organised for the participants. After the announcement of the result the competition was concluded with the Prayers and Benediction by Reverend (Dr.) Morris Kumar.