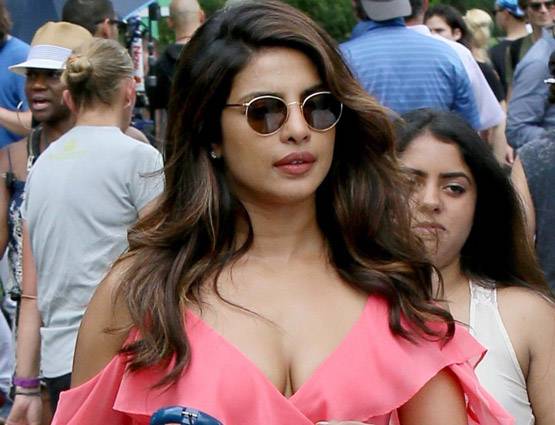 Priyanka Chopra  is an  actress, singer, philanthropist, and the winner of the Miss World pageant of 2000. One of Bollywood’s highest-paid actresses and one of the nation’s most high-profile celebrities, Chopra has also gained popularity for her sense of style. She has received numerous awards, including a National Film Award, and five Filmfare Awards, and was awarded the Padma Shri, the fourth highest civilian award, by the Government of India in 2016. That same year,Time named her as one of the 100 most influential people in the world.

Although Chopra initially aspired to study engineering or psychiatry, she accepted offers to join the Indian film industry, which came as a result of her pageant wins, making her Hindi film debut in The Hero in 2003. She played the leading lady in the box-office hits Andaaz (2003) and Mujhse Shaadi Karogi(2004), and earned praise for her breakout role in the 2004 thriller Aitraaz. In 2006, Chopra established herself as a leading actress of Indian cinema with starring roles in the top-grossing productions Krrish and Don. Following a brief setback, she received critical acclaim for playing a troubled model in the drama Fashion (2008), which won her the National Film Award and Filmfare Award for Best Actress. Chopra subsequently gained recognition for her versatility in portraying a range of unconventional characters in the filmsKaminey (2009), 7 Khoon Maaf (2011), Barfi! (2012), Mary Kom (2014), Dil Dhadakne Do (2015), and Bajirao Mastani (2015), all of which garnered her critical acclaim and several accolades. In 2015, she began starring as Alex Parrish on the ABC drama series Quantico, becoming the first South Asian woman to headline an American network series.Priyanka Chopra was born on 18 July 1982 in Jamshedpur, Bihar (now inJharkhand), to Ashok and Madhu Chopra, both physicians in the Indian Army. Her father was a Punjabi from Ambala, while her mother is from Jharkhand, the eldest daughter of Ms. Madhu Jyotsna Akhouri, a former member of Bihar Assembly, and Dr. Manohar Kishan Akhouri, a former Congress veteran. She has a brother, Siddharth, who is seven years her junior. Actresses Parineeti Chopra, Meera Chopraand Mannara are her cousins. Due to her parents’ occupations the family relocated to a number of places in India, including Delhi,Chandigarh, Ambala, Ladakh, Lucknow, Bareilly, and Pune. Among the schools she attended were La Martiniere Girls’ School in Lucknow and St. Maria Goretti College in Bareilly. In an interview published in Daily News and Analysis, Chopra said that she did not mind travelling regularly and changing schools; she welcomed it as a new experience and a way to discover India’s multicultural society. Among the many places that she lived, Chopra has fond memories as a child of playing in the valleys of Leh, in the cold northwestern Indian desert region of Jammu and Kashmir.