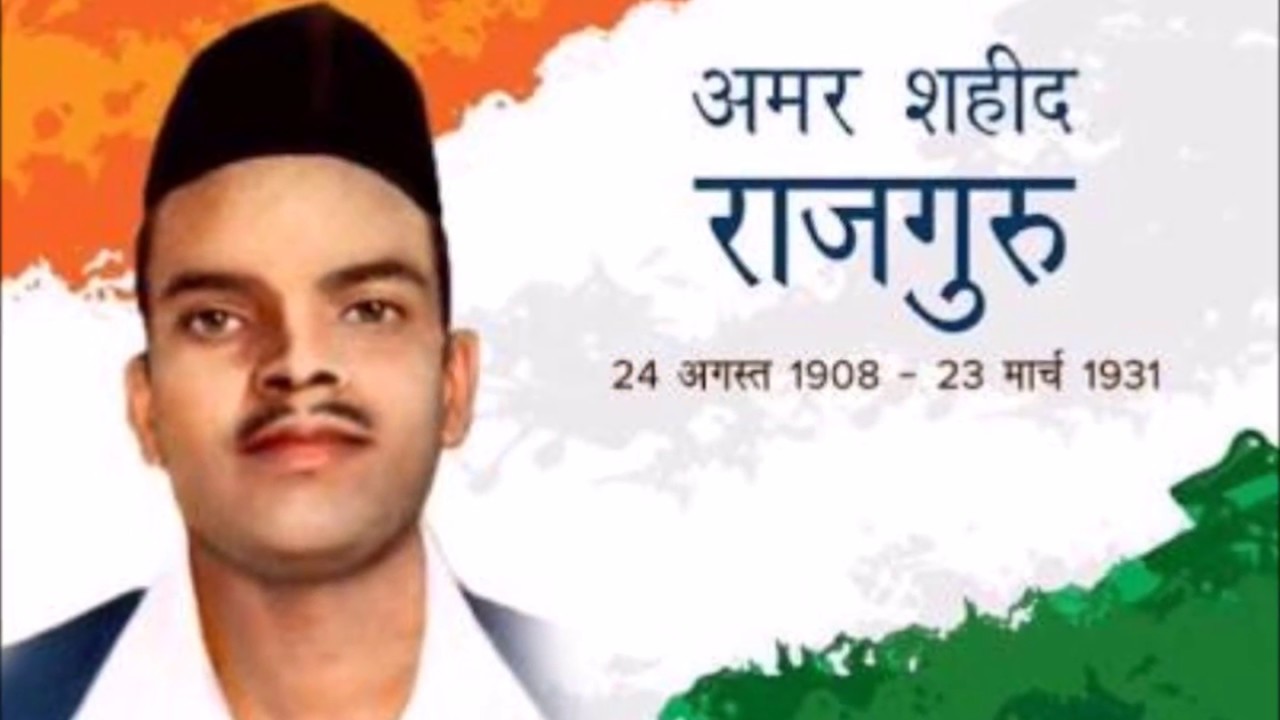 Shivaram Hari Rajguru  was an revolutionary from Maharashtra, known mainly for his involvement in the murder of a British police officer.Rajguru was born on 24 August,1908 at Khed(Now Rajgurunagar), near Pune,He was a member of the Hindustan Socialist Republican Army(HSRA), who wanted India to be freed from British rule by any means necessary. He believed that ferocity against oppression was far more effective against British rule than the gentle ways of Mahatma Gandhi.He was a colleague of Bhagat Singh and Sukhdev, and took part in the murder of a British police officer, J. P. Saunders, at Lahore in 1928. The reason behind the murder was to revenge the death of veteran leader Lala Lajpat Rai who died due to injuries sustained during a police beating.All three were convicted of the crime and hanged on March 23, 1931. They were cremated at Hussainiwala near Wagha border at the banks of the Sutlej river in the Ferozepur district of Punjab.His birthplace of Khed has since been renamed as Rajgurunagar in his honoour.Rajguru Market, a shopping complex at Hisar, Haryana, was named in his honour in 1953.Shaheed Rajguru College of Applied Sciences For Women in Delhi is named after him.Hutatma Rajguru College – University of Pune is also named after him.