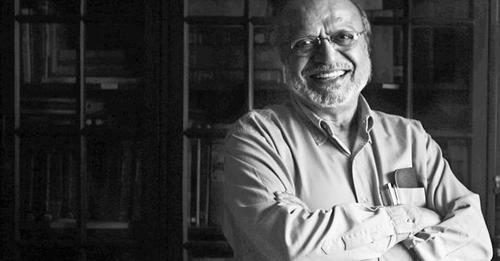 Shyam Benegal  is an  film director, screenwriter and documentary filmmaker. Often regarded as the pioneer of parallel cinema, he is widely considered as one of the greatest filmmakers post 1970s. He has received several accolades, including eighteen National Film Awards, a Filmfare Award and a Nandi Award. In 2005, he was honoured with the Dadasaheb Phalke Award, India’s highest award in the field of cinema. In 1976, he was honoured by the Government of India with the Padma Shri, the fourth-highest civilian honour of the country, and in 1991, he was awarded Padma Bhushan, the third-highest civilian honour for his contributions in the field of arts.

Shyam Benegal ( 14 December 1934)  was born in Hyderabad to Sridhar B. Benegal who was prominent in the field of photography.When he was twelve years old, he made his first film, on a camera given to him by his photographer father Sridhar B. Benegal. He received an M.A. in Economics from Osmania University, Hyderabad. There he established the Hyderabad Film Society.Film director and actor Guru Dutt’s maternal grandmother and Shyam’s paternal grandmother were sisters, thus making Dutt and Shyam second cousins.Starting his career as a copywriter, he made his first Documentary film in Gujarati, Gher Betha Ganga (Ganges at the Doorstep) in 1962. Benegal’s first four feature films Ankur (1973), Nishant (1975), Manthan (1976) and Bhumika (1977) made him a pioneer of the new wave film movement of that period. Benegal’s films, Mammo (1994), along with Sardari Begum (1996) and Zubeidaa (2001) all of which won National Film Awards for Best Feature Film, form the Muslim women Trilogy. Benegal has won the National Film Award for Best Feature Film in Hindi seven times. He was awarded the V. Shyam Benegal is married to Nira Benegal and has a daughter named Pia Benegal, a costume designer, who worked for many films.Agency