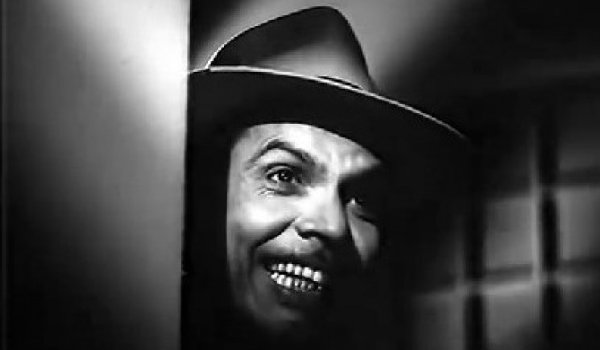 Agency.Johnny Walker  is the screen name of an movie comedian, who acted in around 300 movies. He was born as Badruddin Jamaluddin Kazi in Indore, the son of a mill worker. His father was made redundant and the family moved to Bombay (now Mumbai). The son took various jobs as the sole breadwinner for the family, eventually becoming a bus conductor with Brihanmumbai Electric Supply and Transport (BEST).
Johnny Walker was born in the early 1920s to a mill-worker in Indore. His family were Muslim and he was named Badruddin Jamaluddin Kazi at birth. The mill in which his father worked closed and the family, of which Walker was the second of ten children, moved to Maharashtra. There Walker became the sole breadwinner, travelling many miles and at unsocial hours in order at various times to buy and then sell ice candy, fruit, vegetables, stationery and other goods. Throughout his youth he dreamed of being involved in films, idolising Noor Mohammad Charlie and practising stunts that he saw on screen.
Walker took a job with BEST as a bus conductor in Bombay. While thus employed, he continued to nurture his desire to work in films and entertained his passengers with amusing routines, hoping that he would at some point be spotted by someone with connection to the movie industry. His wish came true, although the details are unclear. Balraj Sahni saw him, perhaps on a bus or perhaps while Walker was amusing the cast of Hulchul, a film for which he had obtained a bit part, with an extemporised routine as a drunk. Sahni, who sources say was either at that time writing the script for Baazi (1951) or acting in Hulchul, told Walker to demonstrate his drunkard act to Guru Dutt. From that meeting he gained a role in Baazi. It was Dutt who gave him the name of Johnny Walker, a reference to the brand of Scotch whisky, when he was inspired by Kazi’s display in the role of a drunkard.
Thereafter, Walker appeared in all but one of Dutt’s movies and the director encouraged him to ad lib and to draw on his varied life experiences. He was primarily an actor of comedic roles but towards the end of his life became disenchanted, saying, “Earlier, comedians had a respectable position and an almost parallel role with the protagonist, now it is just to bring a touch of humour. I don’t buy that.” His attempts to portray heroic personae in the eponymous Johnny Walker and Mr. Quartoon were not successful but films such as Mere Mehboob, C.I.D., Pyaasa and Chori Chori made him a star. His heyday was in the 1950s and 1960s and his later career was affected by the death of Dutt, who had greatly influenced it, in 1964. He worked with directors such as Bimal Roy and Vijay Anand but his career faded in the 1980s.He was unwilling to adopt the cruder form of comedy and changed priorities that had become the vogue, saying that
In those days we used to do clean comedy. We were aware that the person who had come to the cinema had come with his wife and children … the story was the most important thing. Only after selecting a story would Abrar Alvi and Guru Dutt find suitable actors! Now it’s all upside down … they line up a big hero and find a story to fit in. The comedian has ceased to be a character, he’s become something to fit in between scenes. … I opted out because comedy had become hostage to vulgarity. I acted in 300 films and the Censor Board never cut even one line.
Walker was particularly satisfied with his work in B. R. Chopra’s Naya Daur (1957), Chetan Anand’s Taxi Driver (1954) and Bimal Roy’s Madhumati (1958). His final film came after an absence of 14 years when he took a role in a remake of Mrs. Doubtfire titled Chachi 420 (1997). During the intervening period, he had a successful business dealing with precious and semi-precious stones.
Aside from acting, Walker also sang in many films. Some of those songs were written especially for him. His drawing power at the box office was such that distributors would insist on him having a song and would pay extra to ensure it. He also attempted to produce a film himself but decided to abandon it.
Johnny Walker married Noor (short for Noorjahan), a sister of Shakila, despite the opposition of her family. The couple met in 1955 on the sets of the Aar Paar movie, in which Noor dueted with Walker on the song, “Arre Na Na Na Na Tauba Tauba”. They had three daughters and three sons.Regretting that he had been forced to leave school at 6th standard, he sent his sons to the US for schooling. One of them, Nasir Khan, has since worked for Channel V and has acted in Dam Dum Diga Diga.Despite often playing the roles of a drunk, Walker was a teetotaller.Filmfare Best Supporting Actor Award for his role in Madhumati,Filmfare Best Comedian Award for his role in Shikar.Johnny Walker was Died on 29th July 2003 in Mumbai.