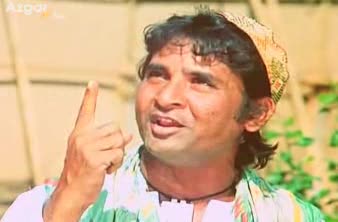 Syed Jan Muhammad, who acquired fame as Jani Babu, was born in 1935 in the town of Hingan Ghat near Nagpur.

He started his singing career at the young age of ten when he participated in a school qawwali competition. Around 1955 he started getting recognized after his “Damadam Mast Qalandar” became an instant hit with the public.

Babu’s contemporaries include such famous artists of the Qawwali genre as Ismael Azad, Yusuf Azad, Aziz Nazaan, and Majid Shola.

He also sang for a number of bollywood films which include Noor Mahal ( Mehboob Na Ja Aaj Ki Raat) and Awliya-e-Islam. His “Mehngai maar gayi” from Roti, Kapda aur Makaan, continues to be a cult favorite.

Almost a decade ago Babu had suffered a stroke while performing in Dewas. He remained bed ridden for a while but quickly sprung back to action. He had completely stopped performing for the past few years due to ill health.

Babu has left an unforgettable legacy to India’s music. Lyricist Gulzar had admitted that he had borrowed the title “Jhoom Barabar Jhoom,” soundtrack for a film with the same name release last year, from one of Jani Babu’s Qawwali.

Jani Babu passed away in Mumbai on 28th January  2008 at the age of 73 He is survived by two widows, four sons and five daughters.Agency.