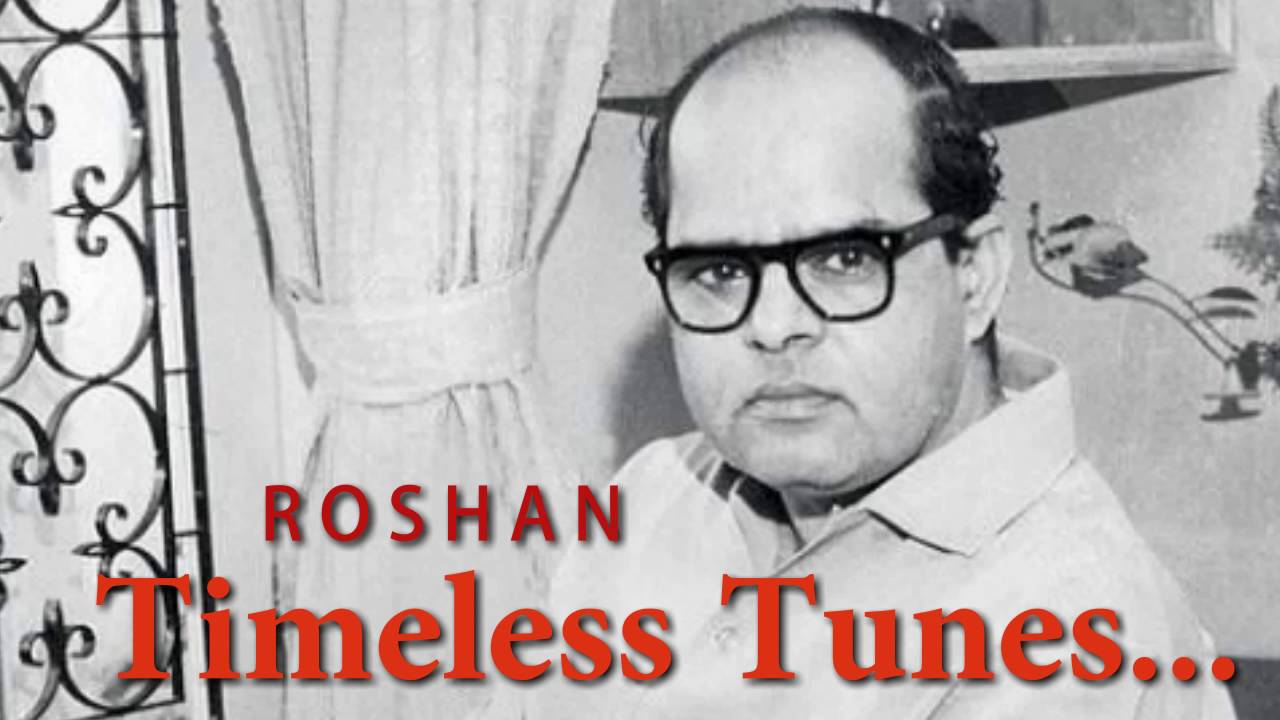 Roshan was born in Gujranwala, Punjab,(14 July 1917 ) (now part of Punjab in Pakistan). He began music lessons at a young age and later attended Marris College (now Bhatkhande Music Institute) in Lucknow under the training of Pt. S N Ratanjankar (principal of the institute). In the early 1940s, Khawaja Khurshid Anwar, programme producer/music, AIR Delhi, hired Roshan as staff artist for esraj, the instrument he used to play.

In 1948, Roshan came to Bombay Now Mumbai to find work as a Hindi film music director and became assistant of music composer Khawaja Khurshid Anwar in the film Singaar. He struggled until meeting Kidar Sharma, who gave him the job of composing for his film Neki aur Badi (1949). While it was a flop, Roshan emerged as a player on the Hindi film music scene with Baawre Nain, released the following year.

In the early 1950s, Roshan worked with singers Mohammed Rafi, Mukesh and Talat Mahmood. Malhar, Shisham, and Anhonee were some of the movies that he scored during the ’50s. During this time he composed “Aeiri main to prem diwani mera dard na jane koyi” sung by Lata Mangeshkar for the movie Naubahaar.

He was not always commercially successful. He gave Indeewar and Anand Bakshi their first breaks in the industry as lyricists; they became two of the most sought-after songwriters in Mumbai from the late 1960s onwards.

Roshan had been suffering from chronic heart trouble for over 20 years. He died of a heart attack in Mumbai, on 16 November 1967, age 50, leaving behind a wife, two sons and two daughters. Besides immediate family, Roshan left great admirers of the extended Nagrath and Khokha families.1963 Filmfare Best Music Director Award for Taj Mahal.Agency.