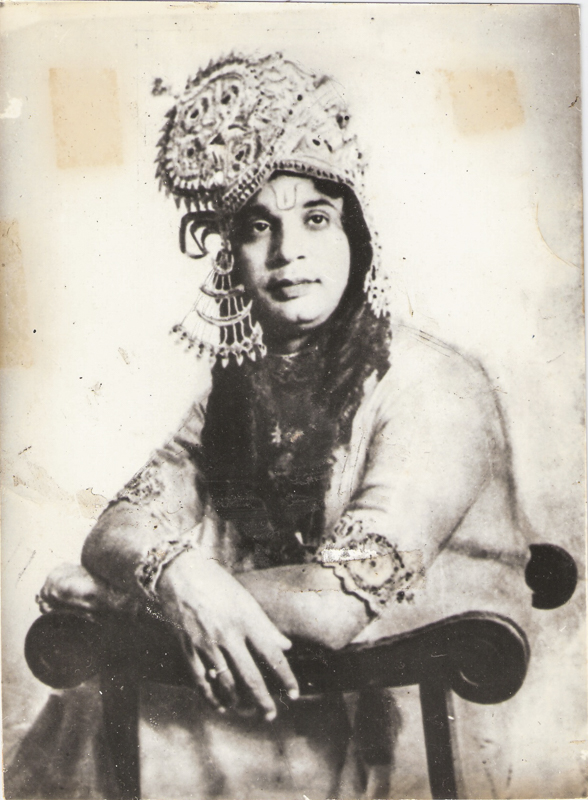 Shambhu Maharaj was born in Lucknow( 16  November 1910) as Shambhunath Mishra. He was the youngest son of Kalka Prasad Maharaj who was at the court of the last Mughal ruler, the Nawab of Awadh Wajid Ali Shah. Kalka Prasad’s father was Thakur Prasad was known to have taught the intricacies of Kathak to the Nawab. While reporting Shambhu’s death in 1970, The Indian Express wrote, “The Kathak, as we know it today, can be wholly traced to this dilettante’s patronage and the body of work written at his court court for this mode of dance.” Shambhu received his training from his father, uncle Bindadin Maharaj and his eldest brother Achchan Maharaj. Dancer Lacchu Maharaj was also another his older brothers. He learned Hindustani classical music from Ustad Rahimuddin Khan.