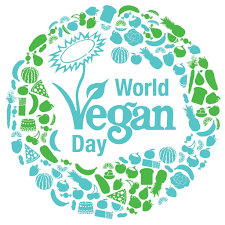 Posted By: Sansar Swapnilon: November 01, 2022In: On This DayNo Comments
Print Email

Each year there are a number of festivals and exhibitions held around the world by vegan societies. In addition, there are many local events, talks and cooking demonstrations organised by individuals.Agency